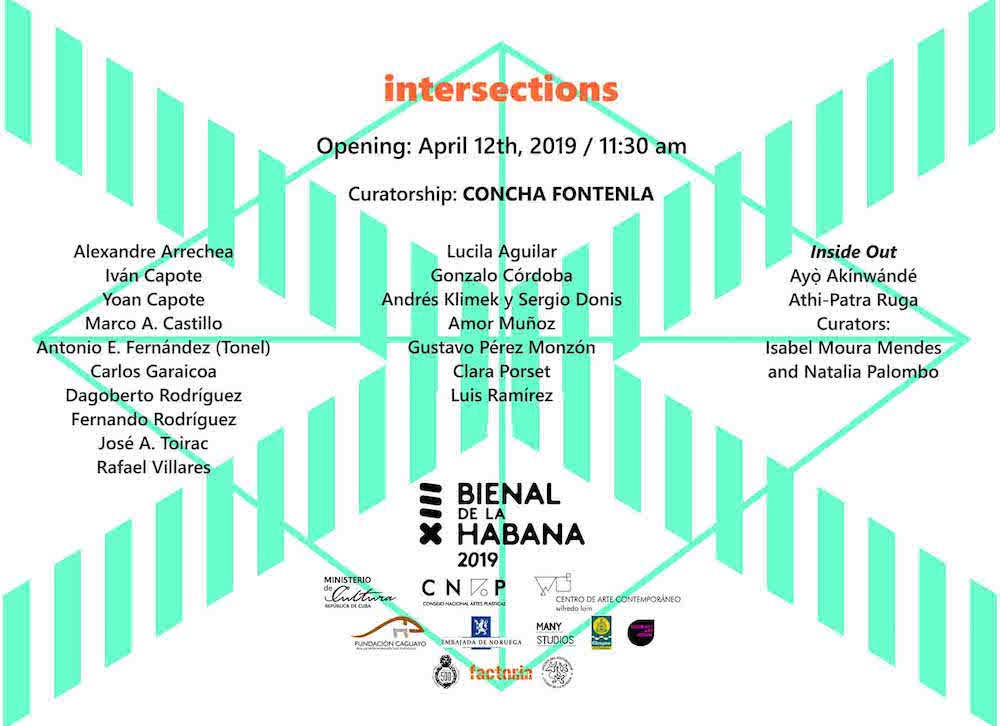 As the Havana Biennial opens Friday, a look at some of the shows opening with it…

Curated by Factoría Habana director Concha Fontenla with Isabel Moura Mendes and Natalia Palombo, Intersections is the third of three exhibitions bringing art into collaboration with other disciplines.

According to a statement on Facebook, the works in Intersections “go beyond categorizations, genres, or preconceived ideas to question the privileged place that Western modernity occupies, and its dictates on cultural representation.”