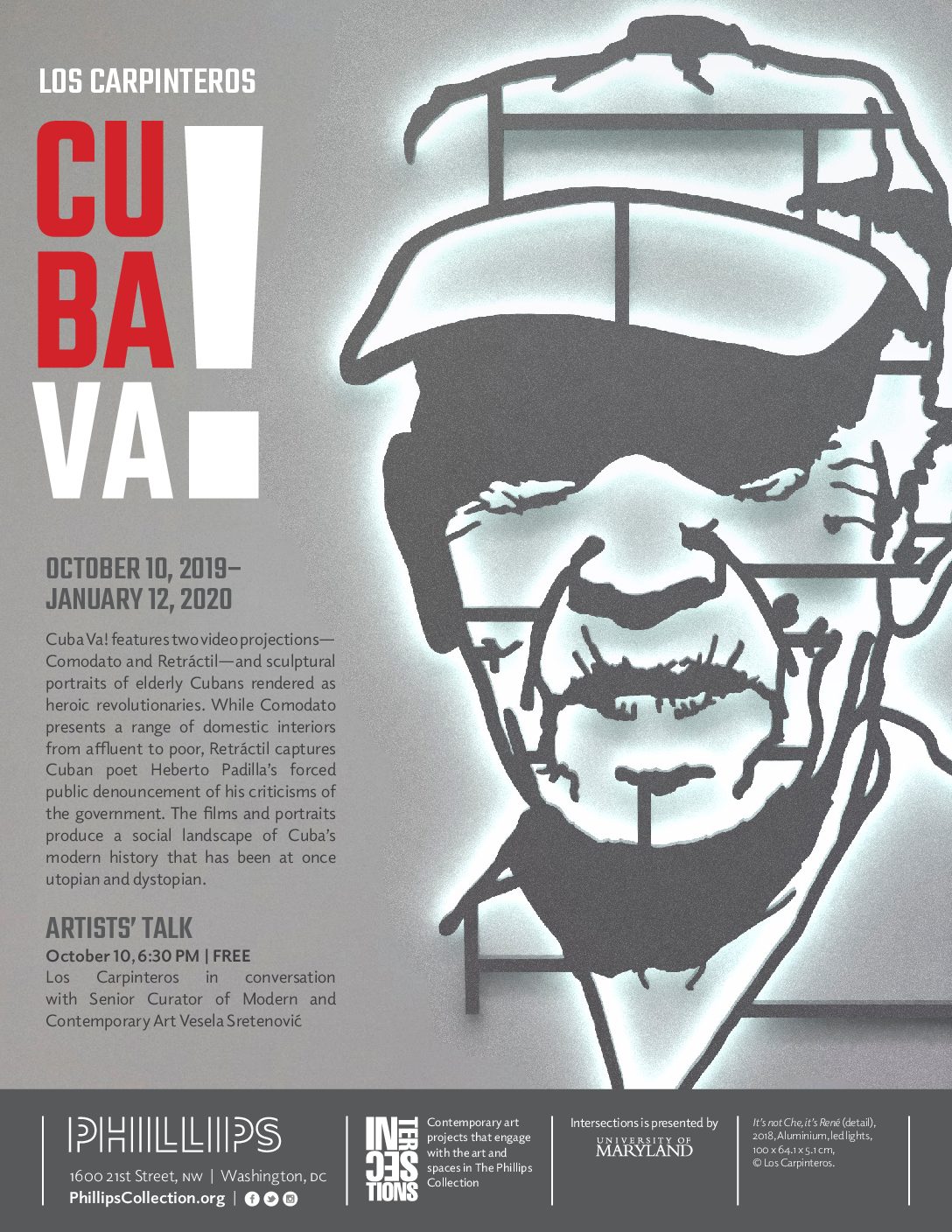 Los Carpinteros (Marco Castillo and Dagoberto Rodríguez) is an internationally acclaimed Cuban artist collective best known for merging architecture, sculpture, design, and drawing. From the outset in the early 1990s, Los Carpinteros’s work has reflected on social transformations in post-revolutionary, socialist Cuba, offering critical commentary of dominant ideologies and power structures with humor and artistry. Mixing aesthetic execution with political underpinning, and a sense of irony with nostalgia, the subversive artworks of Los Carpinteros remain equivocal and open-ended. Los Carpinteros’s Intersections project will feature two videos from 2018—Comodato and Retráctil—and a group of LED sculptural portraits. The films and portraits produce a social landscape of Cuba’s modern history that has been at once utopian and dystopian, idealist and brutalist, promising and devastating. Cuba Va! will be Los Carpinteros’s first museum project as a collective since their separation in summer 2018, continuing the Phillips’s tradition of «firsts» by staging a new beginning of the long celebrated Cuban collective.

In 1992 in Havana, Marco Castillo (b. 1971), Dagoberto Rodríguez (b. 1969), and Alexandre Arrechea (b. 1970) formed a trio, and became Los Carpinteros in 1994. Arrechea left the group in 2003. Los Carpinteros’s works are in the permanent collections of the Museo de Bellas Artes, Havana; the Museum of Modern Art, New York; the Tate, London; the Museo Nacional Centro de Arte Reina Sofía, Madrid, Spain; the Thyssen-Bornemisza Contemporary Art Foundation, Vienna, Austria; the Centro Cultural de Arte Contemporáneo, Mexico City, Mexico; the Los Angeles County Museum of Art; and the Museum of Fine Arts, Houston, among others.

Intersections is a series of contemporary art projects that explores—as the title suggests—the intriguing intersections between old and new traditions, modern and contemporary art practices, and museum spaces and artistic interventions. Whether engaging with the permanent collection or diverse spaces in the museum, the projects suggest new relationships with their own surprises.

Many of the projects also riff on the nontraditional nature of the museum’s galleries, sometimes activating spaces that are not typical exhibition areas with art produced specifically for those locations.